LOCK UP YOUR DAUGHTERS 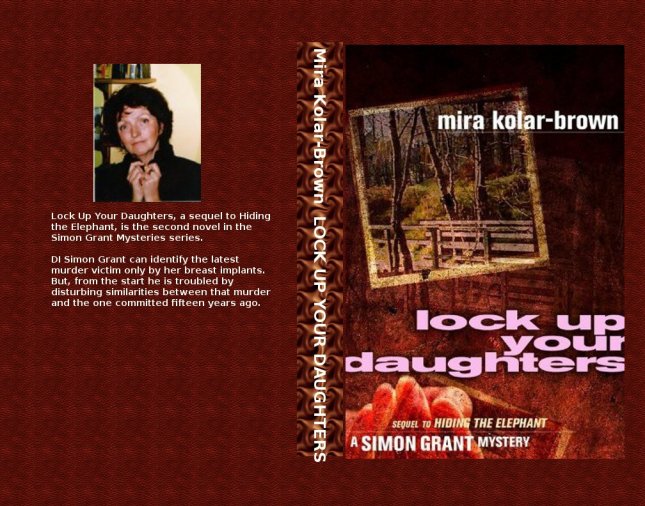 It must have been Kevin Corrigan who had told Grant about Alex and Angel getting hitched. Kevin stayed on to do his LPC at Trinity, then got himself a training contract with Carroll and Carroll, Alex’s father and uncle.  Soon to be Carroll, Carroll & Carroll, once Alex completed his own apprenticeship with a distinguished law firm in London. Only, Alex was thinking of going to the bar, and according to Kevin, doing most of his thinking at the bar. Great many bars.  There had even been a small unpleasantness over some cheques, Kevin said in strictest confidence. Apparently, Alex had found one of the partners of the London firm dead at his desk. Dead as a doornail. From too long and too good living. As simple as that. So, remembering just how good that living used to be, Alex quickly helped himself to a couple of the old man’s cheques and, at least temporarily, resolved his current embarrassment over his rent bill and his credit card.

After a great deal of wringing of hands, sighing, pulling of strings and toing and froing, the Carroll brothers managed to save the young rascal’s skin and legal career, but only just, Kevin said.

He used to phone quite a lot in those days, Kevin did. From Spratton, of all places, as it happened. Carroll & Carroll had an office there, barely a mile or two away from Little Manor, their family residence at the time and Kevin wasn’t allowed to have Sean with him while lodging in the flat above the office. Carrolls’ sense of decorum wouldn’t allow such impropriety.  But Alex’s misdemeanour worked to Kevin’s advantage. The reprobate was dragged home by his ear and Kevin, a surplus to requirements but too useful to lose, was moved to the Loughborough branch. The position came with a quaint little cottage and no restrictions on company he kept. Sean, who was taking a long and very expensive route to becoming a specialist in International Law, was immediately installed as a live-in partner. ‘Like a fairy tale,’ Kevin had been happily chuckling down the phone every now and then. ‘Isn’t it just like a fairy tale ending?’ Grant could hear Sean joining in the laugh at the other end.

Kevin had never asked him why, with the first from Trinity and the entire world at his feet, Grant chose to join the police only a week after graduation.  No LPC, no bar exams. No lucrative practice of any sort. The others whispered and wondered among themselves, Grant gathered from Rudi’s occasional hints. There were unmistakable, roundabout signs of whispering and wondering. Of rumours so preposterous that they could have been amusing if they hadn’t been less preposterous than the truth.

One response to “QUICK QUOTES 3”